Got a new web project? Request a quote

Features is one of those modules we can not do without. One annoying issue with features is that it is slow. The bigger the drupal site, the slower the features UI pages load. And waiting for the page to load is one of the most disturbing things during drupal development.

Fortunately, we can speed this process quite a bit. Drush to the rescue again! This post will explain how to use drush to add new components to a feature.

Add a component to a feature with drush

We can use drush to add component to a feature using the features-export command.

Here is the command help information:

➜  drush help fe
Export a feature from your site into a module. If called with no arguments, display a list of available components. If called with a single argument, attempt to create
a feature including the given component with the same name. The option '--destination=foo' may be used to specify the path (from Drupal root) where the feature should
be created. The default destination is 'sites/all/modules'. The option '--version-set=foo' may be used to specify a version number for the feature or the option
'--version-increment' may also to increment the feature's version number.

That's great. But how do you add a content type, or a rule to a feature? We need to know what components are available and the sources for each component:.

There is another drush command that lists all the component in a drupal site. :

The above says that there are 2 content types in the system: article and page. Additionally, the page content type is already contained in a the f_registrations_content_types feature. To add the article content type the the same feature use drush fe egain:

Use drush fc to get a list of all the available components: 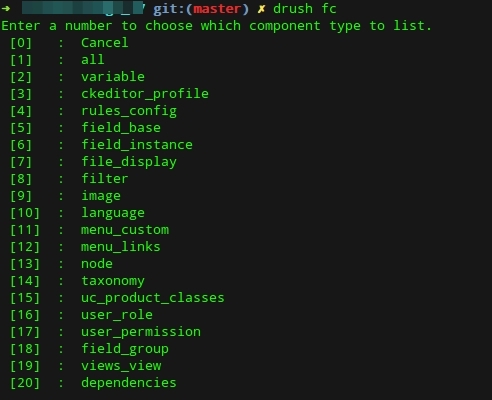 When working with features do not forget about the other commonly used features commands:

We are a Drupal Experts!